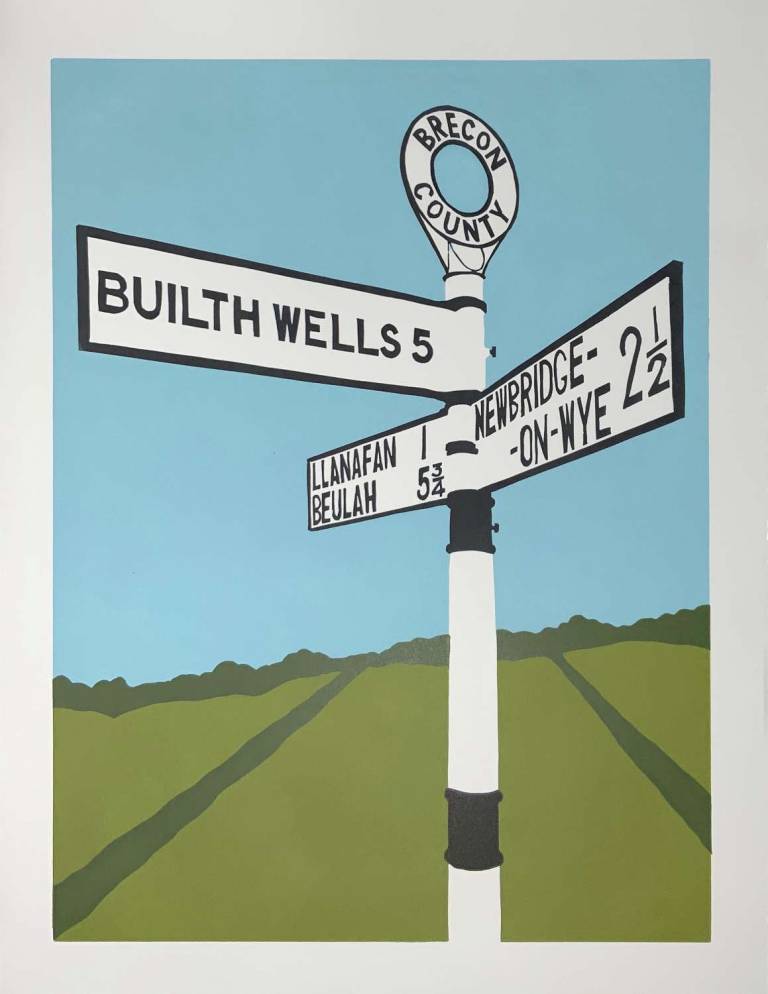 Enquire about this item

The style of this print is influenced by mid-20th Century graphic art which, coincidently, is the period that this signpost dates from. Across the country there are a still a few of these cast-iron finger posts that have survived the passage of time - and road improvements - intact. The title of this work is the ‘What Three Words’ address for the post (in Welsh of course). The English version is ///sound.funky.press.

This could well be the start of a small series!